What is Azar Farooq Kickboxing About?

Azar Farooq holds a Sixth Dan Black Belt WAKO (World Association of Kickboxing Organizations), alongside the British Title Silver Medal for Kickboxing. With over 20  years experience in teaching and competing in kickboxing events and tournaments around the UK you can be sure you are learning martial arts from a seasoned professional.

Azar Farooq received his Sixth Dan Black Belt from Wako National Championships in Nottingham on 16th February 2020. The entire Wako team were in attendance. Azar Farooq has been learning kickboxing since the age of 10 and specialises in teaching children kickboxing. If you would like more information or would like to enroll your child then please get in touch with us. 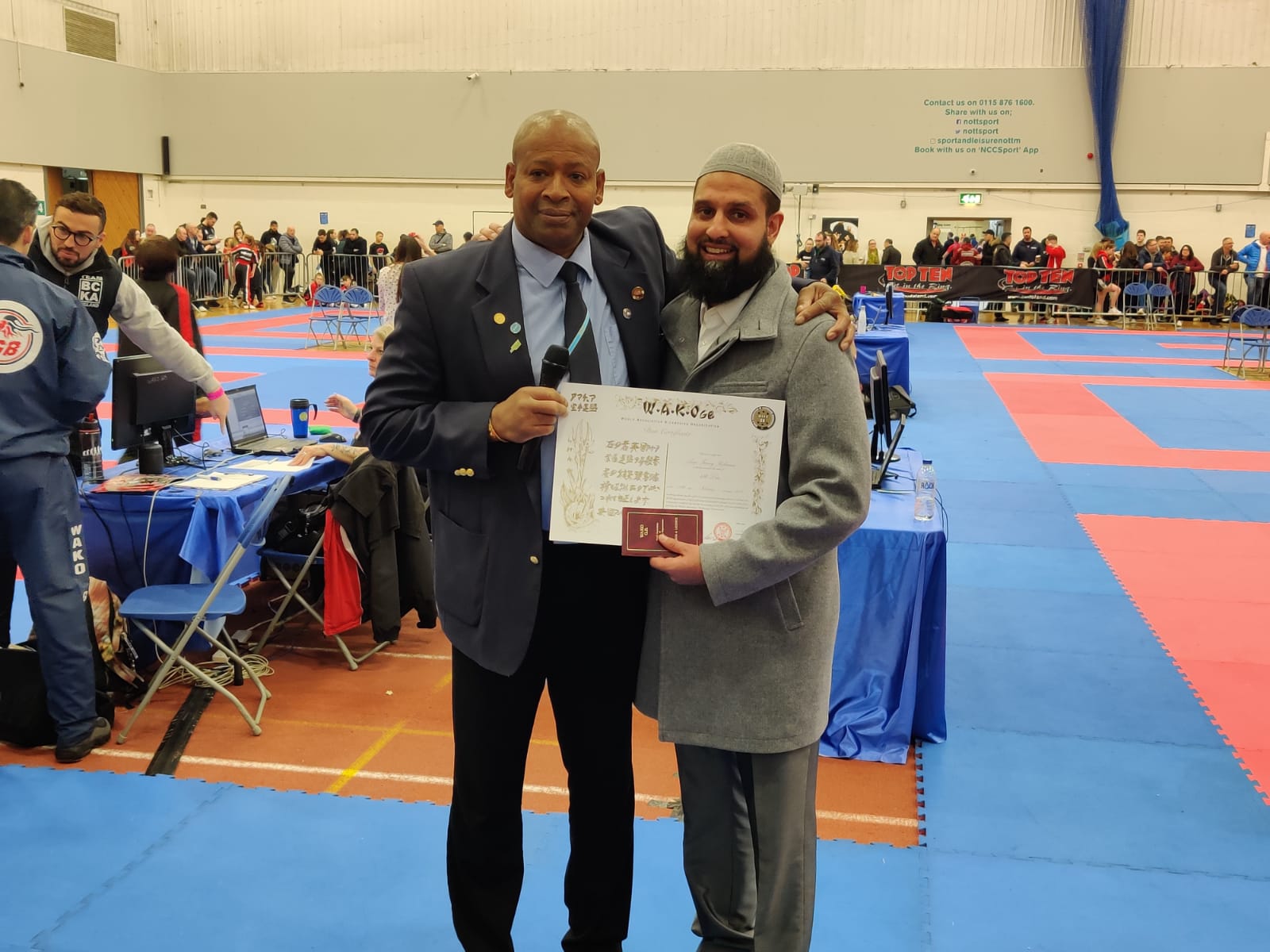 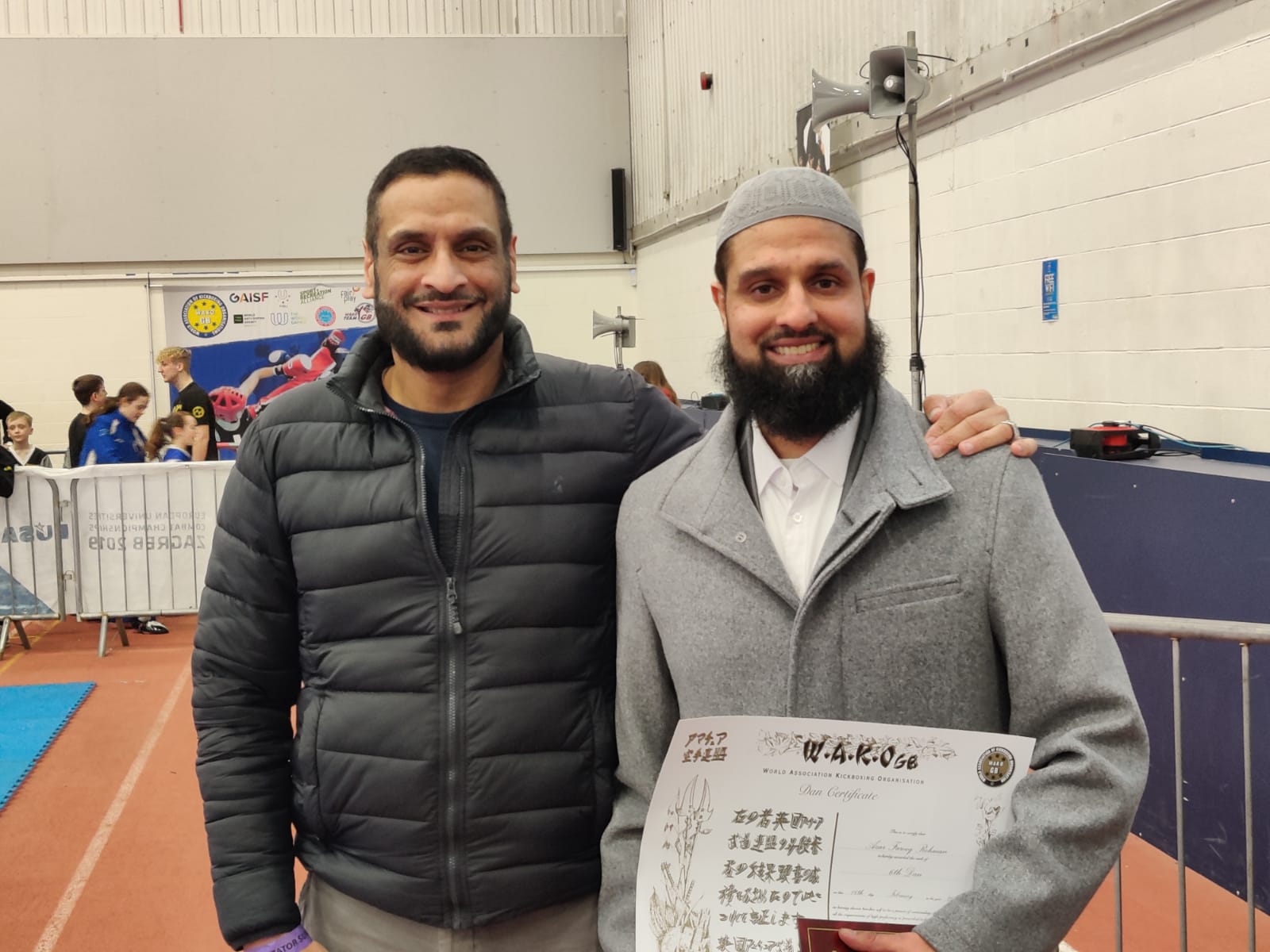 What is Azar Farooq Kickboxing About?

One of Azar Farooq’s students competed in Spain for the World Championship Kickboxing Title and won a Silver Medal!

One of Azar Farooq’s youngest students Esa Hussain earned a Black Belt at the age of just nine after having been mentored by Azar Farooq since the ago of 4. 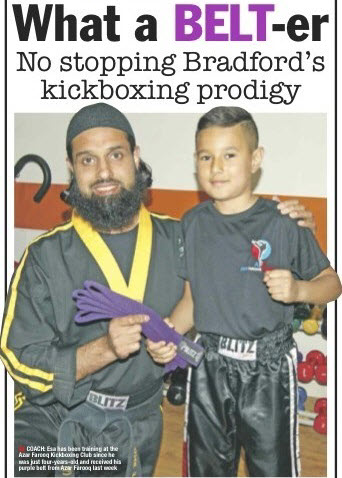 Azar Farooq in Telegraph and Argus!

Click the image below to read the full article! 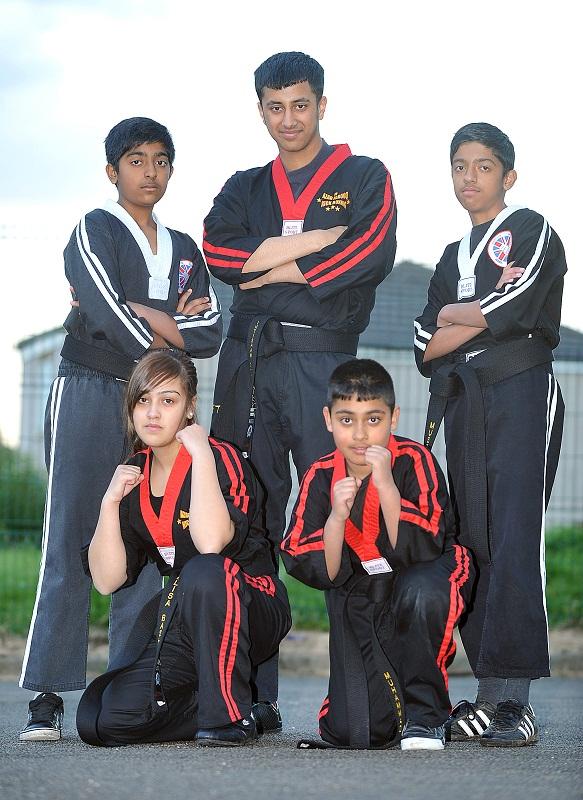 Check out some of Azar Farooq’s kickboxing trophy winners below! 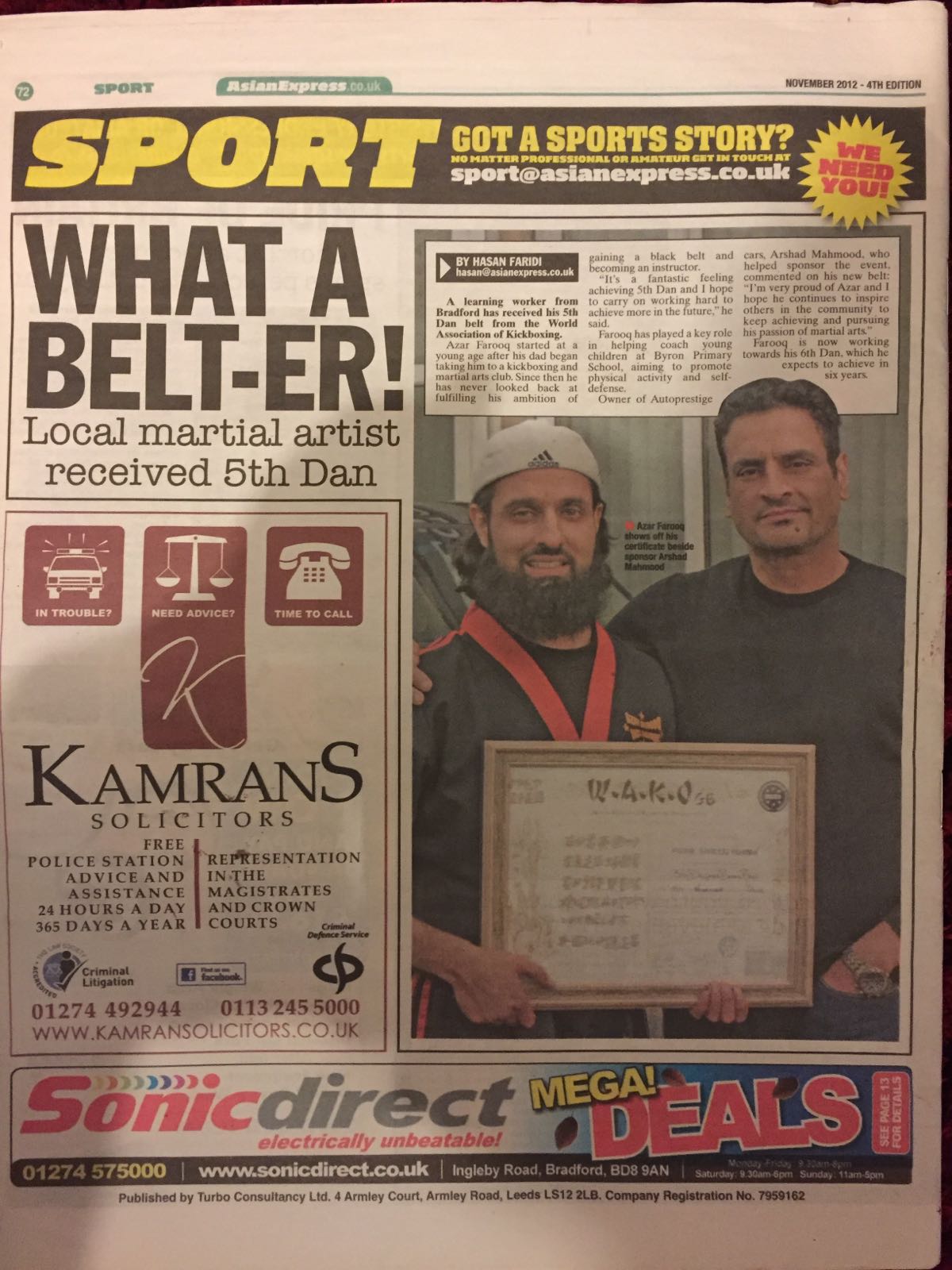 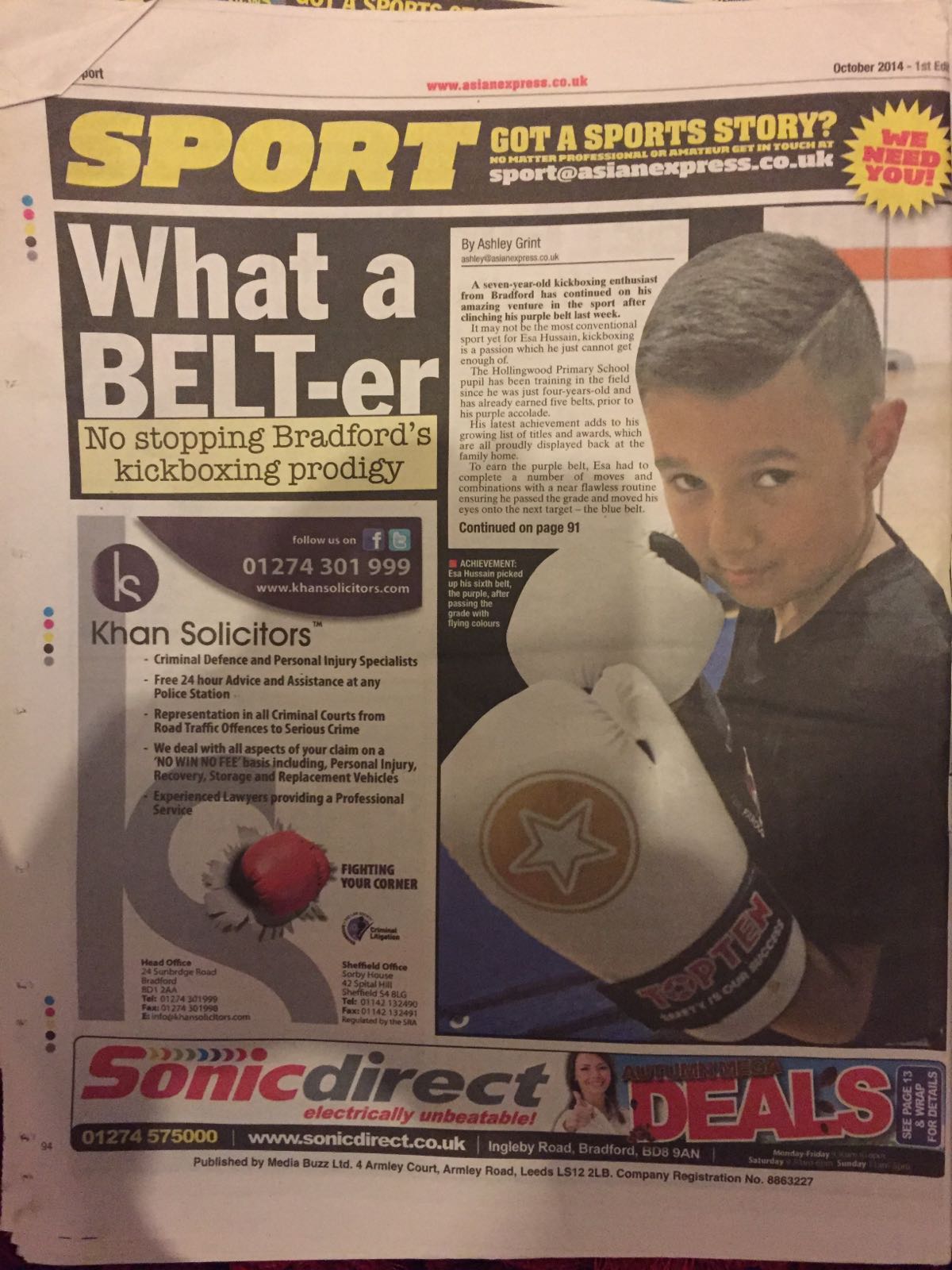 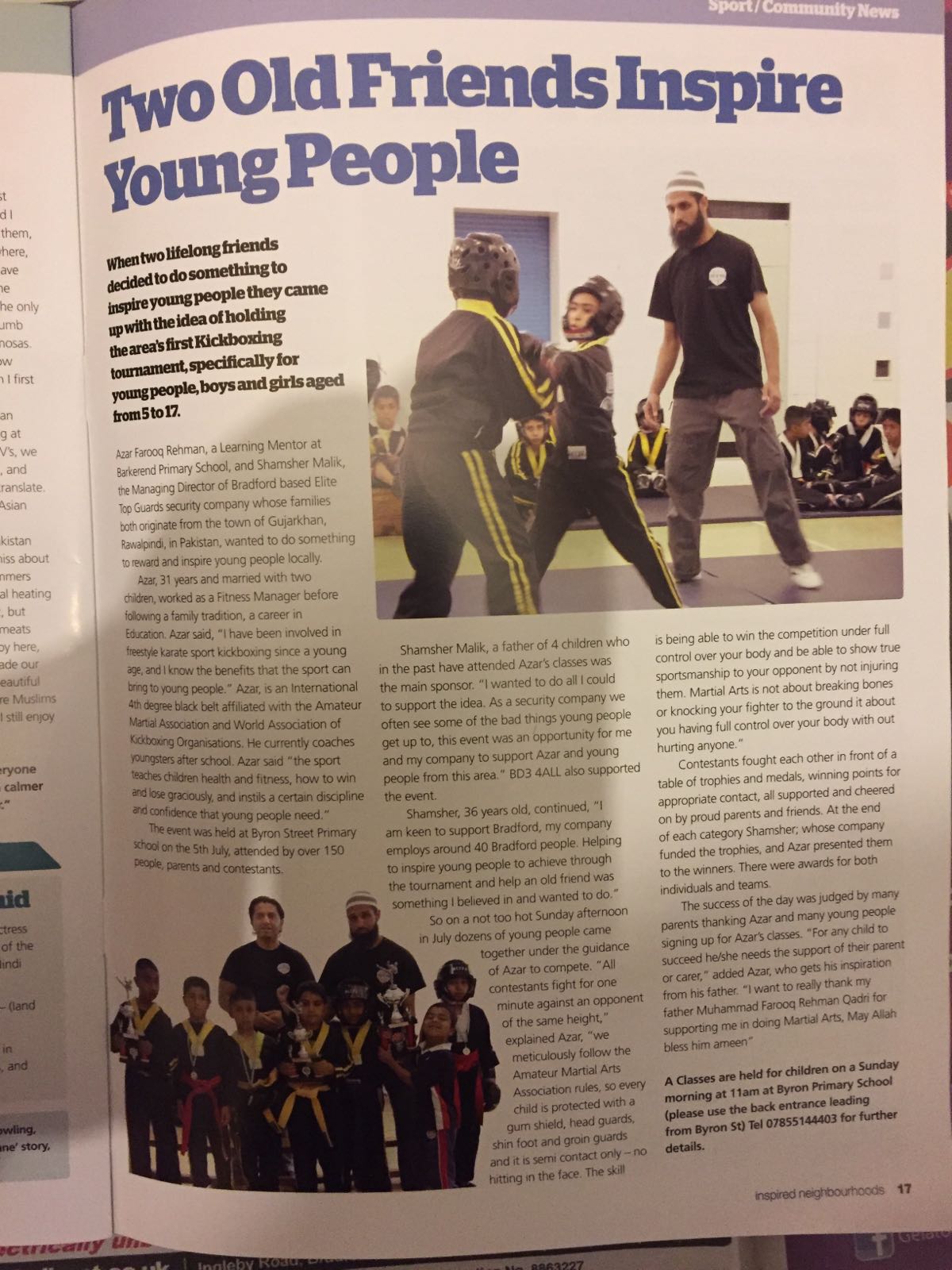